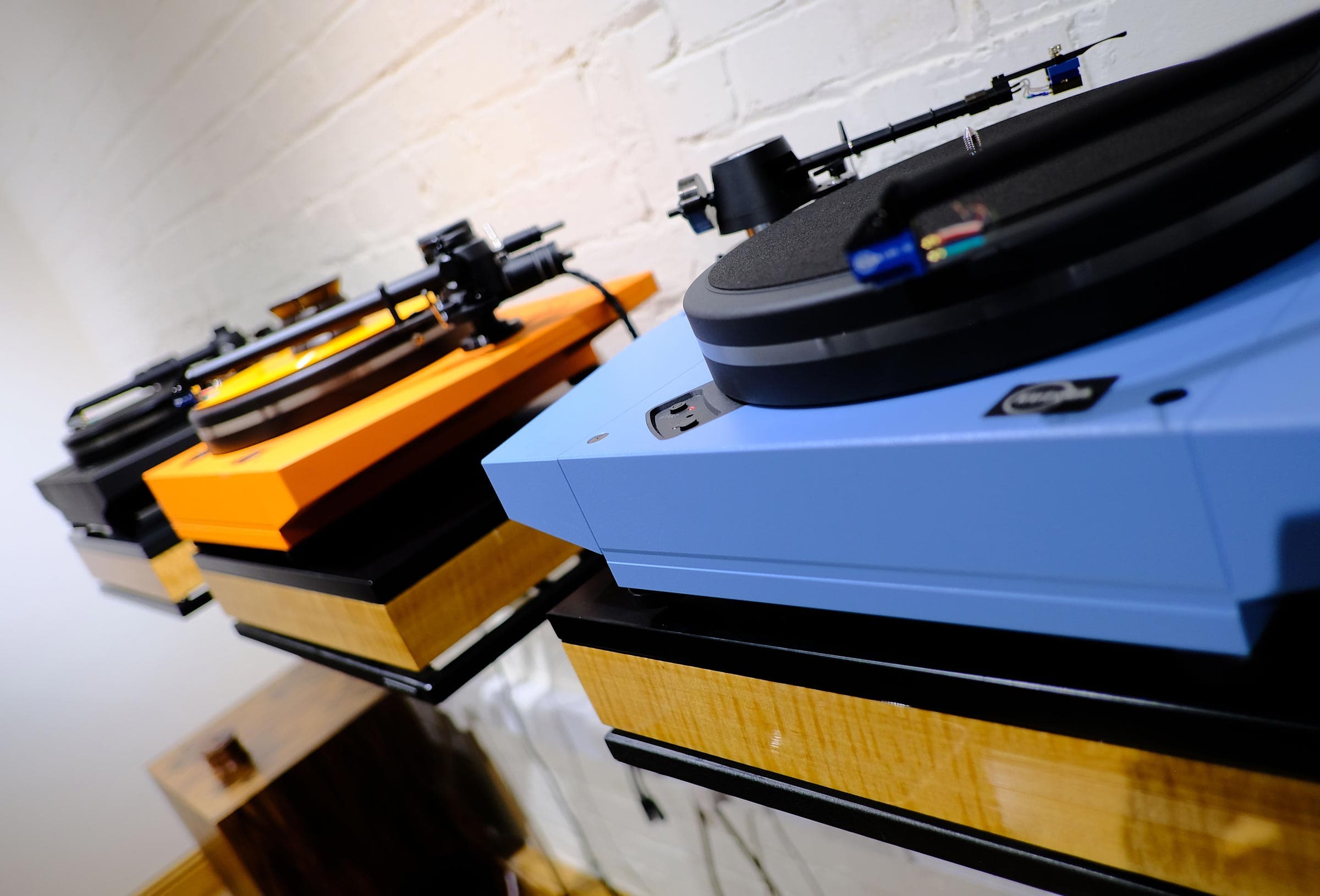 Definitive Audio is the authorised UK distributor for Kuzma.

Kuzma has one of the most comprehensive product hierarchies of turntables, tonearms and cartridges, each demonstrating consistent values and clarity of understanding on behalf of the designer. Franc Kuzma deploys a variety of design approaches – exploiting unipivot, 4-point and gimbal bearing designs – all of which have an application and appropriateness in any given circumstance, and each sharing the same musical integrity. This is reassuring because the designer obviously knows how to realise his musical goals.

Ultimately, the thing which really tips the balance is that they are designed as precision laboratory instruments, allowing accurate cartridge set-up with unerring consistency and finesse. 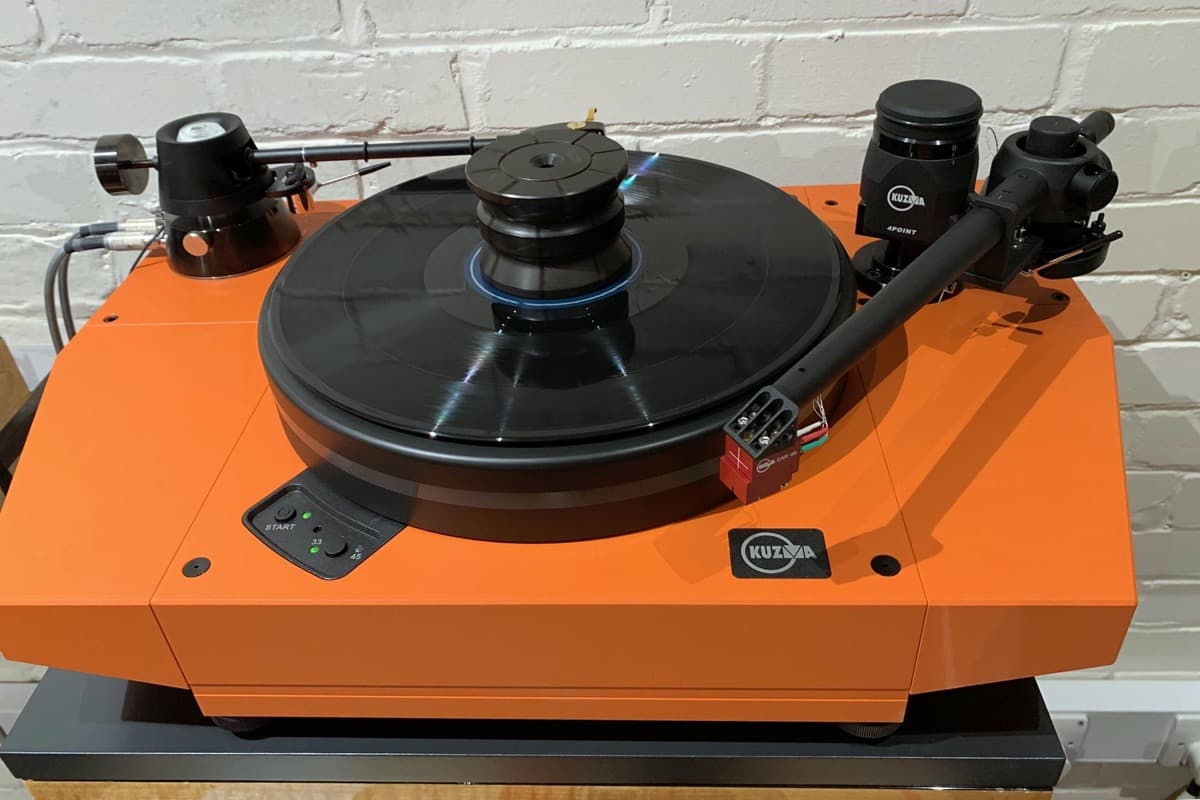 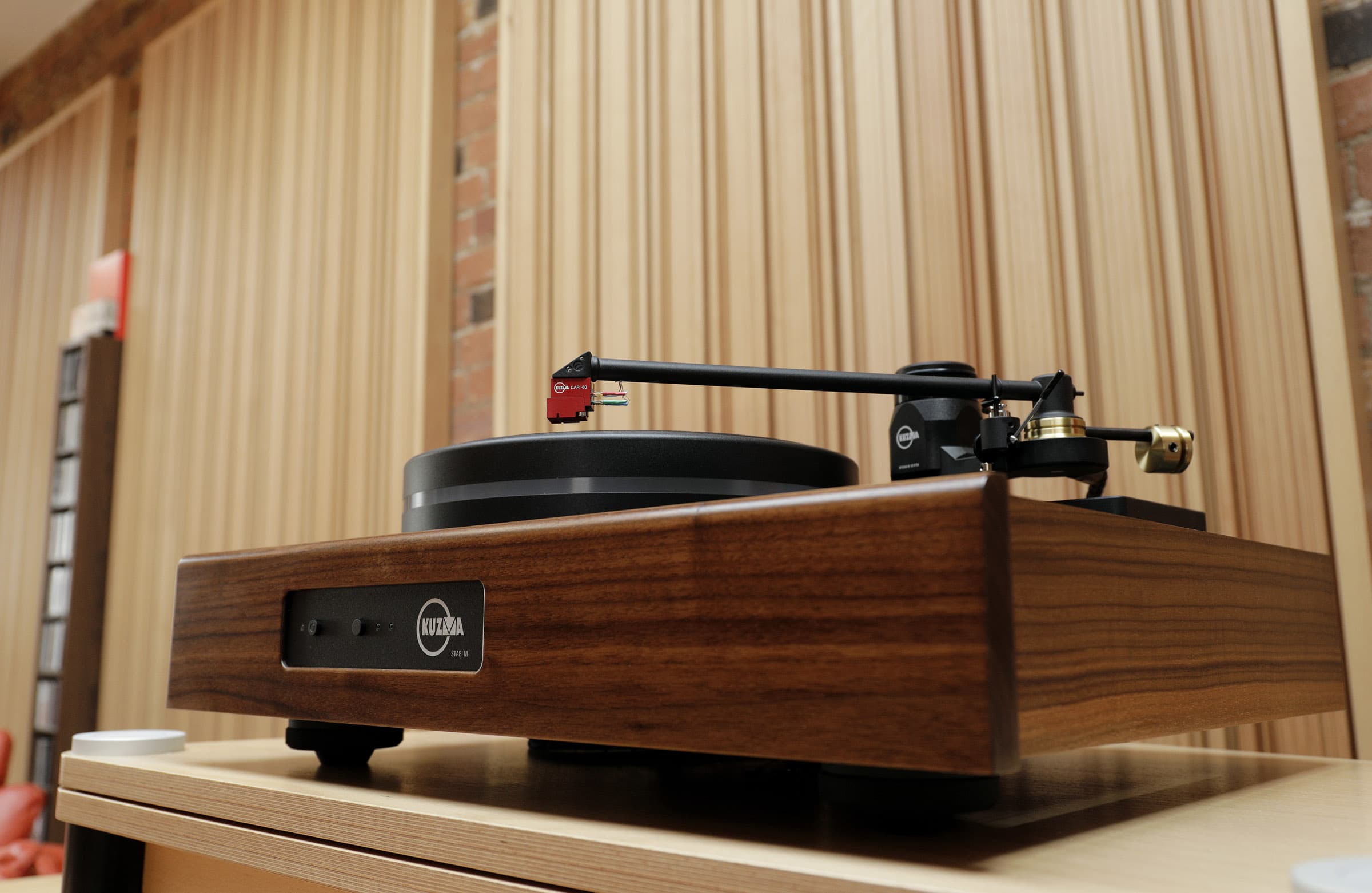 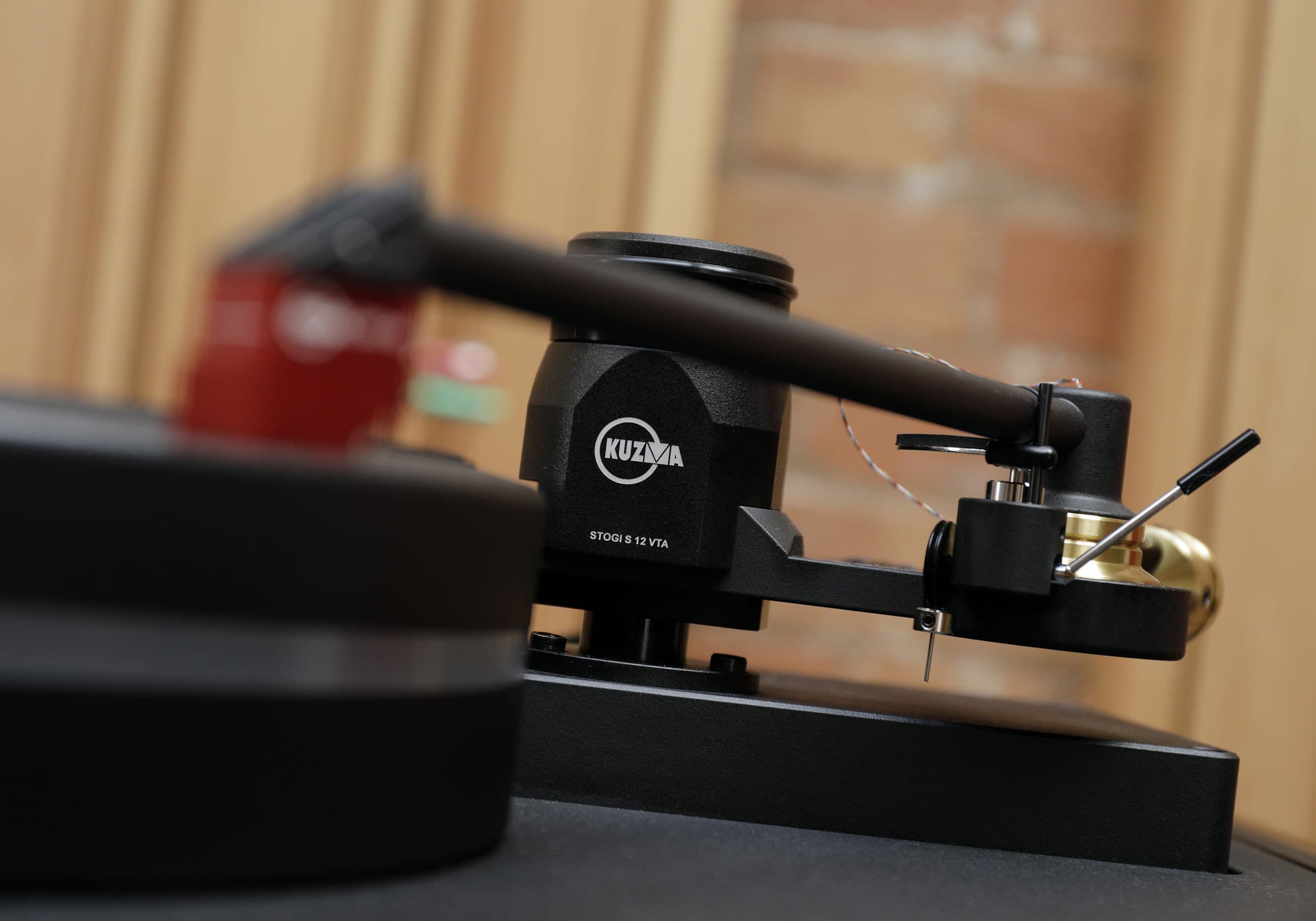 I think that record players hold a fascination for us all. They have an almost ‘magnetic’ appeal because they are such remarkable contraptions. They are electrical and mechanical and they are analogue, which in this day and age is almost quaint – but the reality is that all things being equal, the approximation to a real musical event is still much closer than digital has been able to achieve.

Alan Sircom is persuaded by an unconventional Kuzma combination. 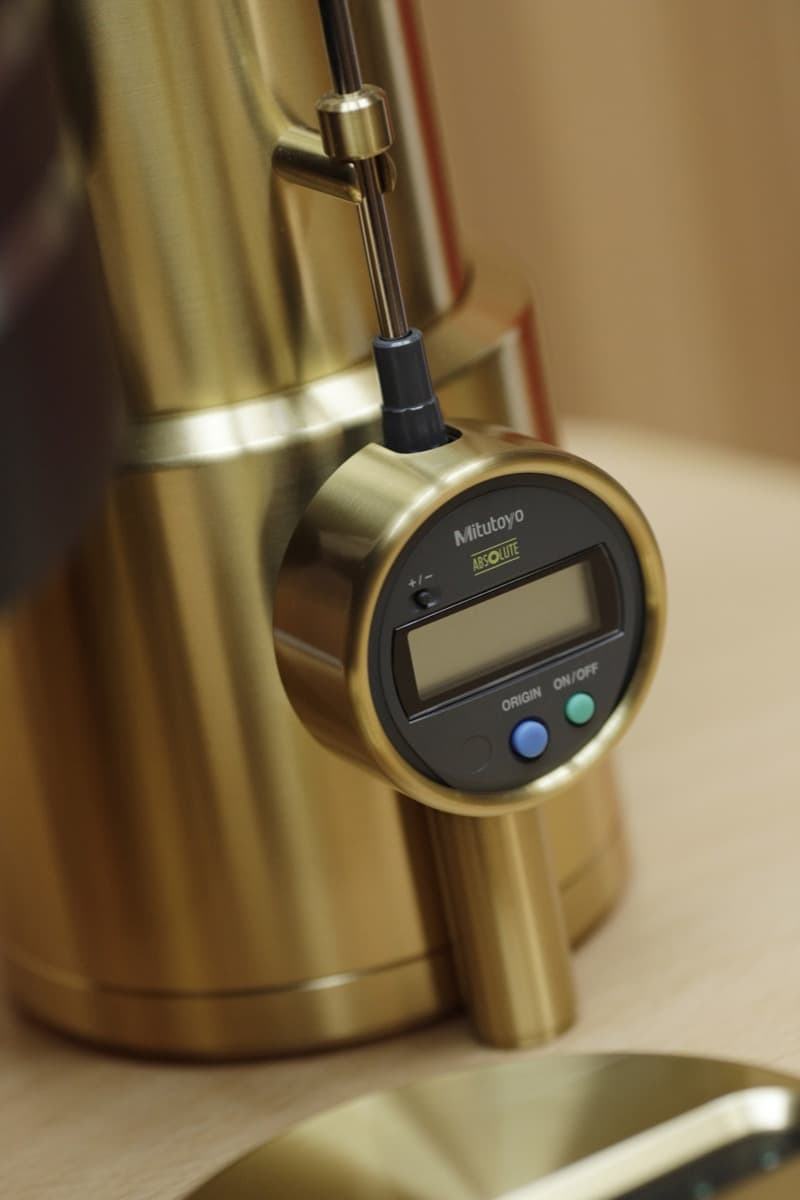 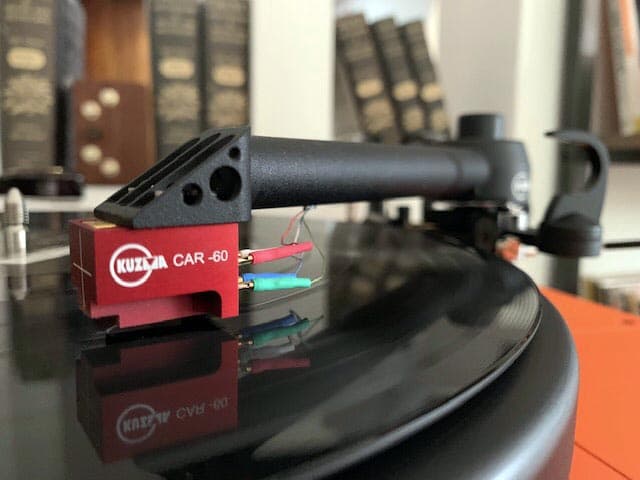 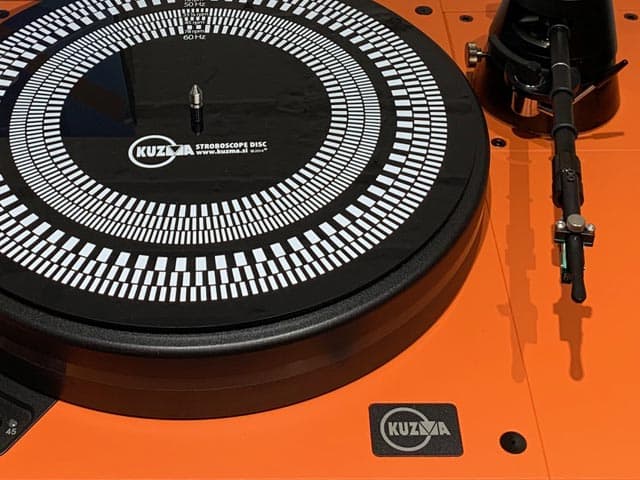 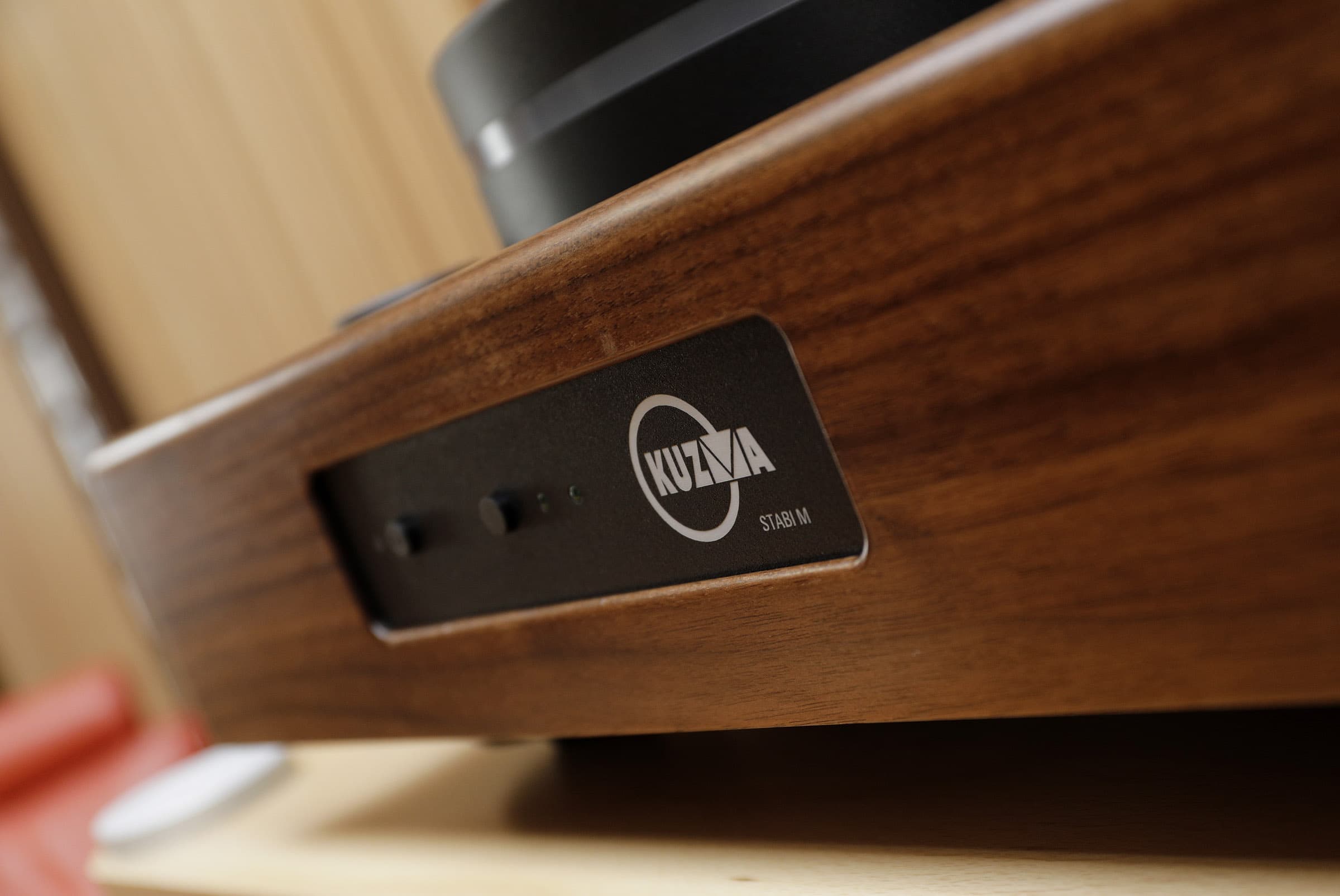 The most important strength is the fundamental “rightness’ and consistency of execution across Kuzma’s entire product range.

Franc Kuzma is keen to dismiss any suggestion of frippery or excess – rather, these are fully resolved designs based on the purest of finely-honed engineering principles, the result of over 30 years of continuous and passionate development.

A deep understanding of the complexity of analogue replay dictates that Kuzma products are made to be “as simple as possible, but no simpler.*” This results in an aesthetic which is certainly unique, perhaps even ‘brutal’ in its simplicity.

Each component part is superbly realised in its own right, but crucially combine to form a fundamentally greater whole, infused with a musical sensibility that transcends mere sound.

A complete Kuzma ‘system’ of turntable, arm and cartridge – frequently allocating the component budget in a manner which belies the normal hierarchy – offers superb performance at every price point. But the various Kuzma components possess an unusual flexibility – each of the turntables offers a superb foundation for accommodating other products to individual taste.

We’re particularly fond of combining the Viv Labs tonearms – another product borne of a highly individual approach – with the Kuzma XL: something of a ‘David and Goliath’ combination at first glance, but with a vintage Ortofon SPU for example, potentially capable of sublime results.

As with the turntables, we feel rather spoiled for choice. The 4-point tonearms are standout examples of this; true precision instruments which address the complex problems of cartridge optimisation with a clarity of understanding that frankly puts most others to shame.

Again the depth of understanding of the engineering involved in optimum vinyl replay means that if there is a ‘sweet spot’ in the range, it’s genuinely very difficult to determine. Kuzma represents something of a rarity in that as you ascend the range, each product offers a tangible, musically beneficial improvement over the preceding model. That’s a far less common achievement than one might imagine, on even the sunniest and most optimistic of days.

As Sir Thomas Beecham, co-founder and conductor of the London Philharmonic Orchestra, once noted “The English may not like music, but they absolutely love the noise it makes.” This pithy little aphorism rings true for the vast majority of ‘high-end’ audio components which make some enjoyable sounds but only rarely put them together in a way that resembles music.

Speaking personally, time for a confession –one of my all-time favourite turntable & tonearm combinations is the Stabi S/Stogi S. The baby of the Kuzma range, it nevertheless sets a giant performance benchmark more convincing than all bar a small handful of ultra ‘high-end’ record players which I have encountered over the past three decades.

When you have spent a small fortune on your cartridge you definitely want to know that you are realising all of its performance and not squandering anything due to the limitations of your tonearm set-up options. Kuzma designs afford full access to each and every aspect of cartridge set-up, better still the repeatability of these adjustments allows an experienced set-up engineer to arrive at the optimum performance via a series of clear, repeatable steps.

The same is true for the Kuzma record players – each fundamentally different from one another and yet they make for a coherent hierarchy, with a reassuring and consistent advance as we move up the range. It is ‘horses for courses’ and Franc Kuzma adapts his designs to suit the relatively modest as well as the unconstrained budget.

If Kuzma were to adopt a ‘strapline’ (nothing so frivolous would happen, but still…), it could be KISS (keep it simple stupid), with nothing superfluous or fanciful in the designs. It is solely about performance, and the ethos and execution are, to my mind and my values, at the pinnacle of analogue replay.

There exists a multitude of record players out there: endless design varieties aiming to achieve the same end, but all sounding completely different. One must consider what the objectives of the designers were and how successfully these have been realised.

Very few, if any, have succeeded so completely, and so consistently, as Franc Kuzma. 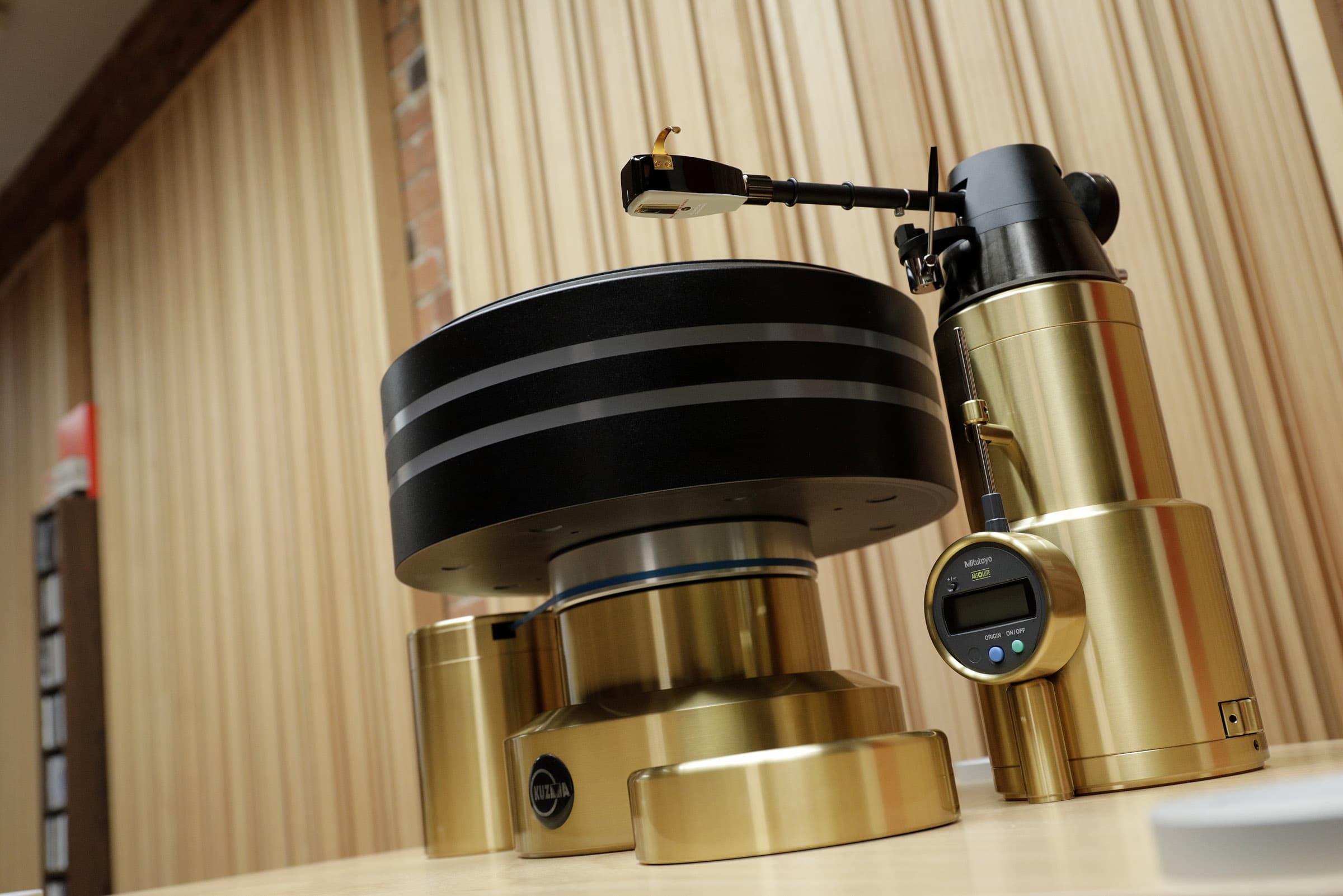