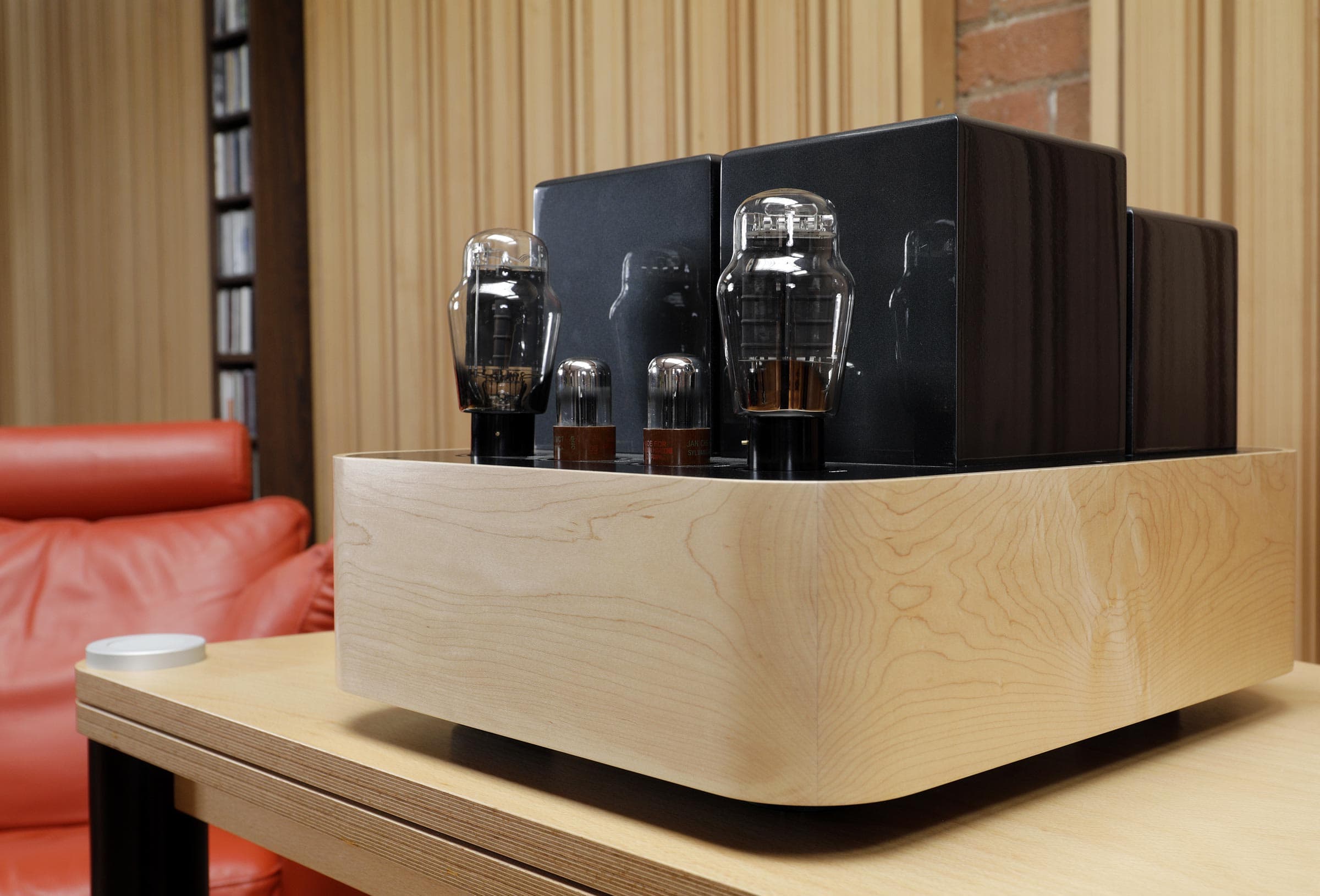 Definitive Audio is the exclusive UK dealer for SJS Electroacoustics.

The finest wines, like the finest chocolates, always come from small producers – passionate artisans who pay excruciating attention to every detail out of the sheer love of what they do.

This is SJS, in a chocolate-covered nutshell; an artisanal amplifier company in the best tradition, which over the past 20 years has evolved a concise portfolio of exquisite designs, each beautifully conceived and immaculately engineered. We are excited and delighted to represent SJS at Definitive Audio. 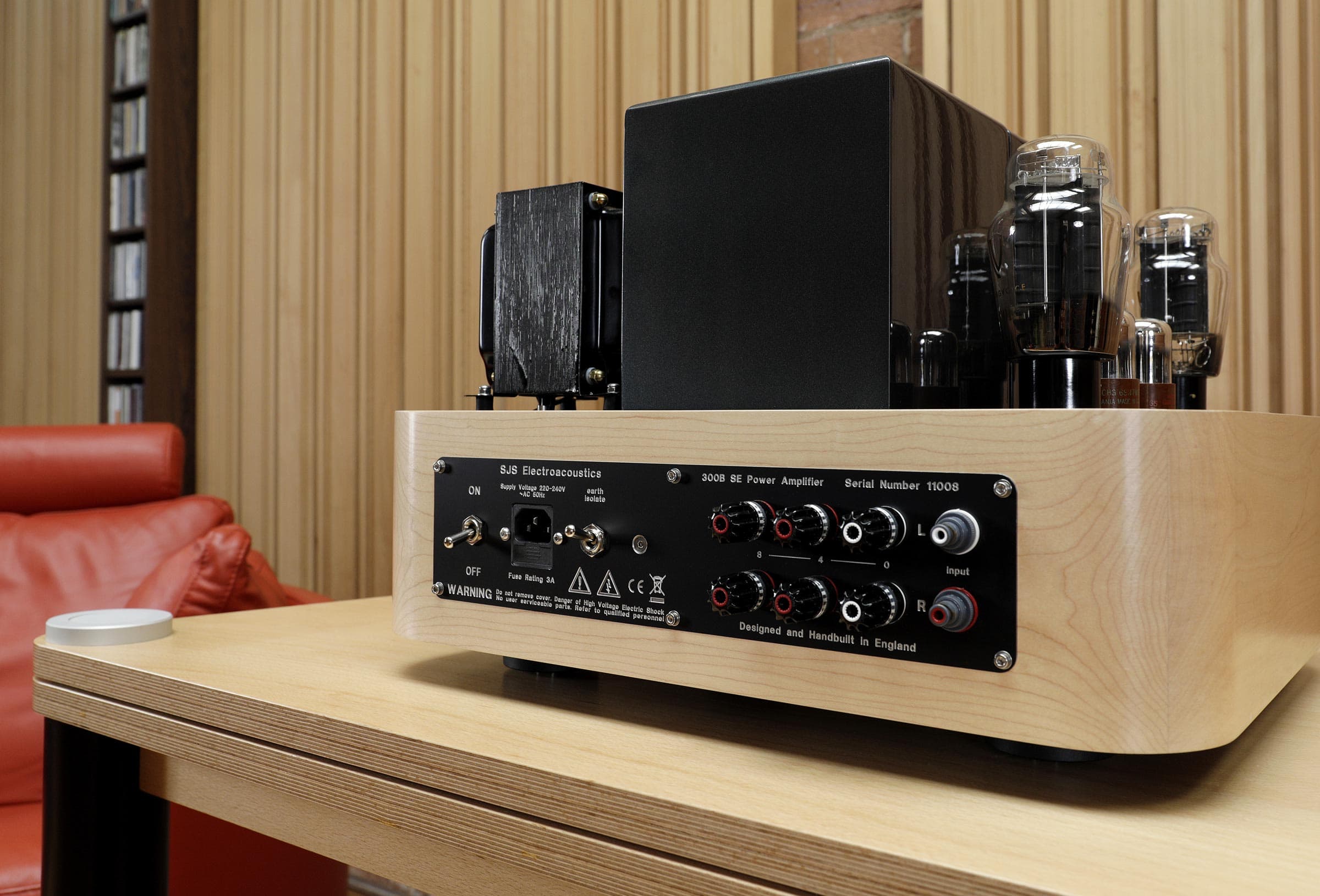 I have been passionate about music for my whole life, and my most memorable musical experiences have always involved directly heated triode amplification.

That’s not to say that all directly heated triode amplifiers are good, they aren’t, but the best, the very, very best, are transcendent and SJS are amongst the absolute finest in that select category. 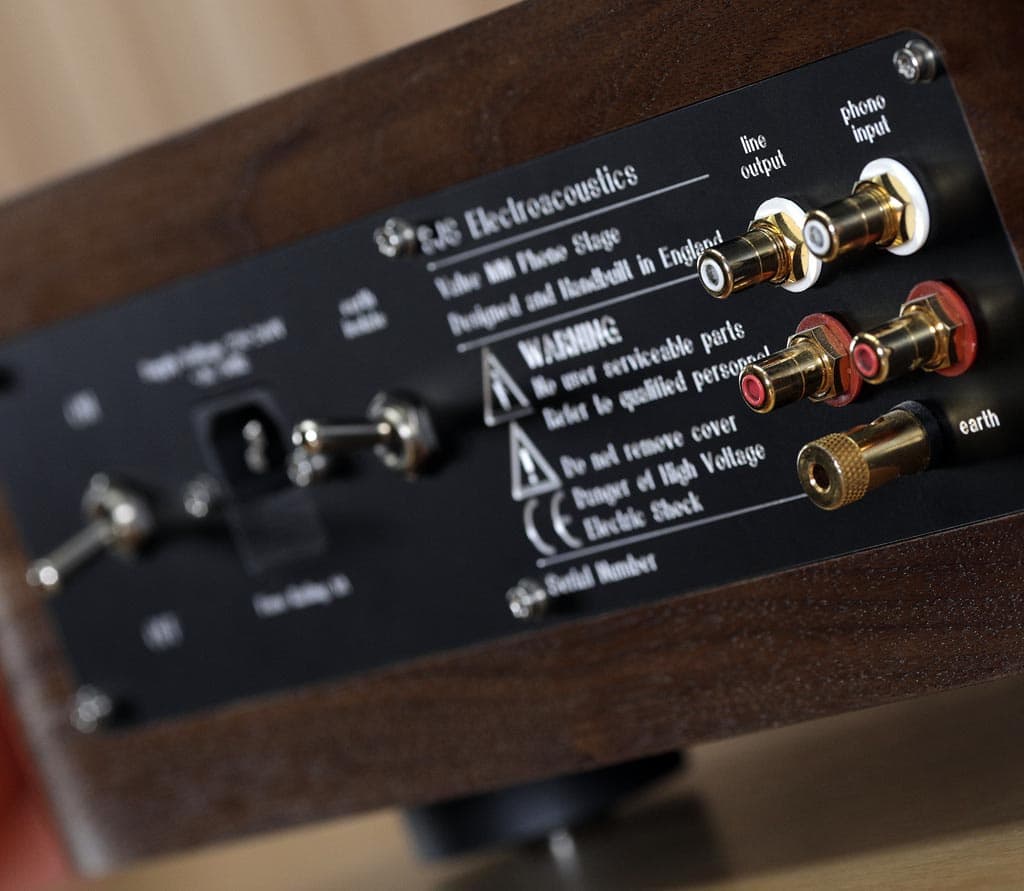 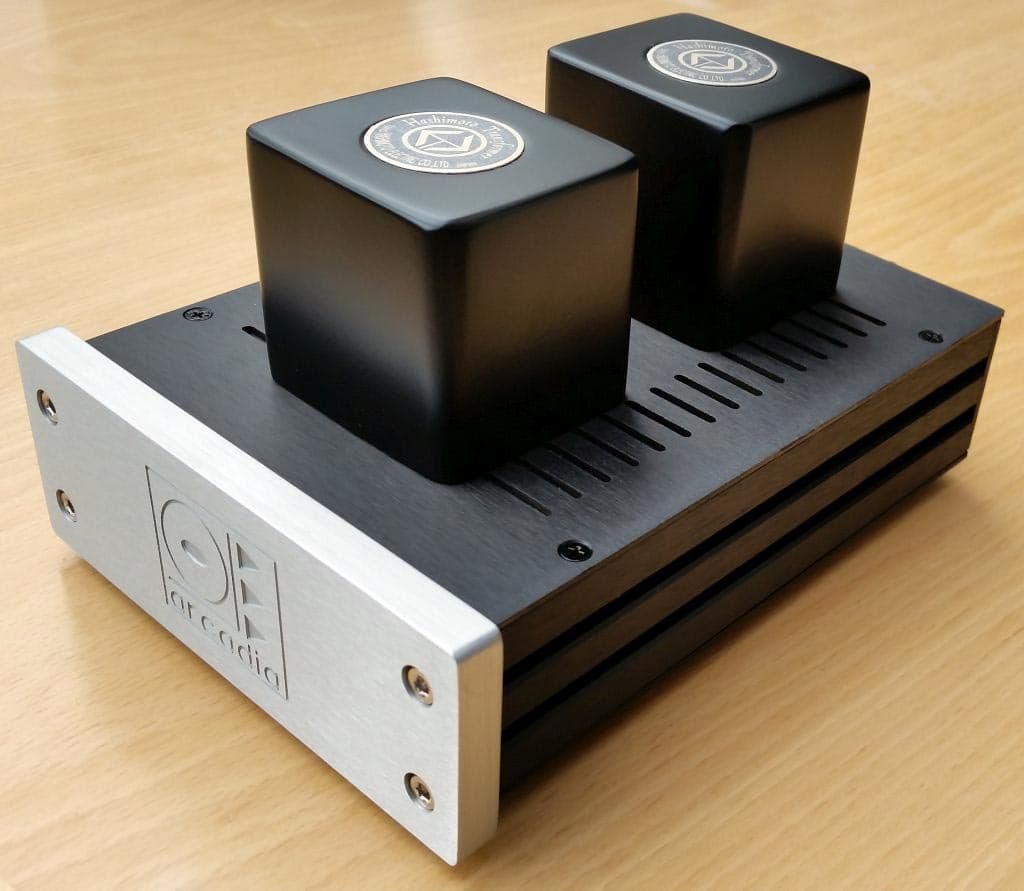 So this is what ‘even-handed’ means.

With most amplifiers, there is a trade-off between strengths and weaknesses, a robbing of Peter to pay Paul – a frustration that polarises your listening towards genres which suit that technology.

There is a common misconception that this is an unavoidable matter of physics. I disagree – the best amplifiers can deliver all performance virtues with equal quality, and SJS electronics are, across the board, manifest proof of this. SJS brings fresh thinking in circuit design and execution with a palpable intuition as to what makes music engage the human spirit and deliver real joy on the broadest selection of music irrespective of style or genre.

On the face of it, the Model 5 is simplicity itself. A substantial and handsome beast with what appears to be a classic 300B circuit – 5U4G valve rectification, 6SN7 input and driver stage and a single 300B output valve. So far so normal…however, under the bonnet this classic configuration deviates sharply from ‘group think,’ embracing an ingenious topology and a wealth of fresh thinking, all with sensitivity to the inter-related, holistic nature of the electronic ‘organism’ that is an amplifier. There is nothing ‘me too’ here.

The whole conception is immaculately realised in a fully hard-wired silver circuit with discrete components chosen for appropriateness of ‘fit’ in both the objective and subjective spheres. No assumptions have been based on technicalities or caché. This refreshing departure from the ‘universal panacea’ prescription for component selection is a breath of fresh air, the idea of ‘best’ sensibly replaced with ‘most appropriate.’

Throw any music at this amplifier, irrespective of scale or genre and you will have a beguiling experience – a whole library of musical requirements delivered with consummate ease, leaving you assured that you are exactly where the artists intended you to be. The SJS Model 5 is a natural raconteur which is simply a joy to have in your system – a marriage of objective performance virtues to satisfy the cerebral with the realisation of artistic musical values that engage the emotions. Zen! It is very rare to encounter something this special.

Pre-amps are enigmatic blighters. On the face of things they have a simple task to perform but in practice, that proves rather tricky to execute. I can think of very few that I would want to take to my desert island.

Most commit as many sins as they absolve, and are at best prosaic and workman-like which may be why the objectivist community, those men in white coats, have a casual disregard for the value of active pre-amplification falling back on passive designs such as transformer volume controls or potentiometers.

When you hear a great active line pre-amplifier you recognise the folly of this. In short, real musical artistry flows out in abundance and there is no turning back. The SJS Model 7 is in the select group of active line pre-amplifiers which will transform your listening world. The Model 7 puts all of its virtues together in a singular musical whole with a sense of purpose and vitality that makes you smile from ear to ear. It’s not just good, it’s right – and you know it.

You cannot judge how fine a meal going to taste by looking at the recipe, the proof of the pudding is in the eating, and this is a gastronomic indulgence beyond repair. 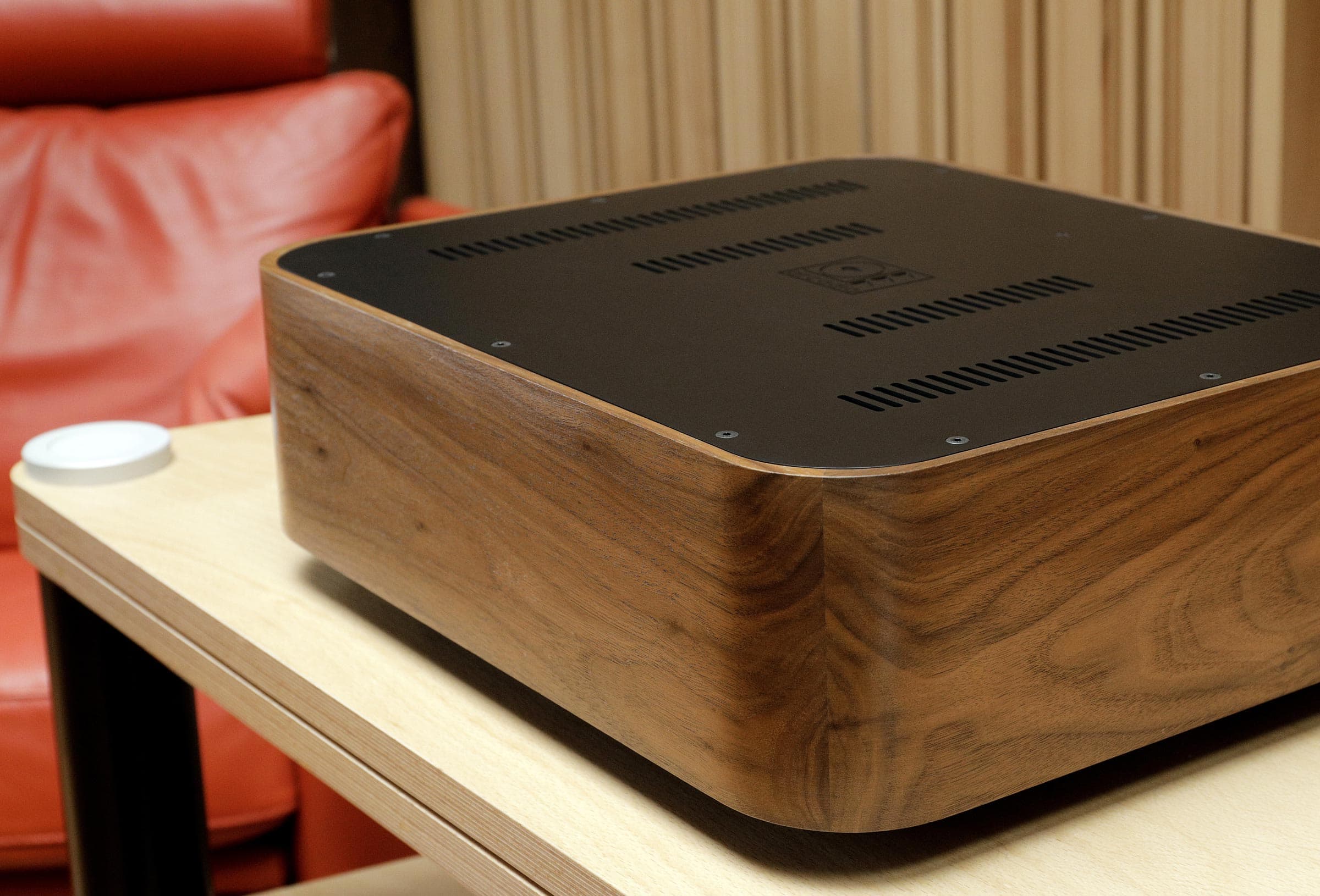